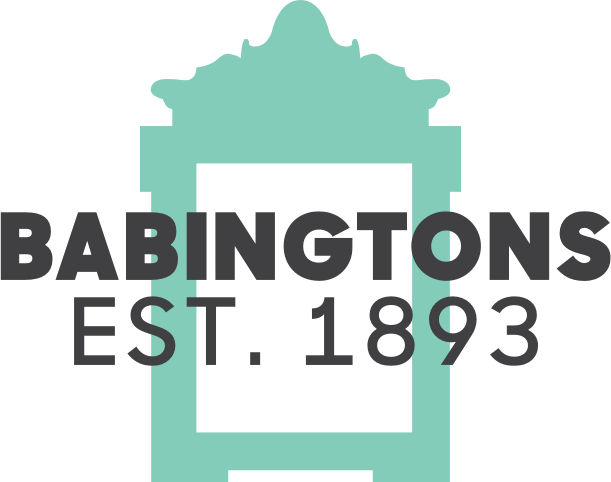 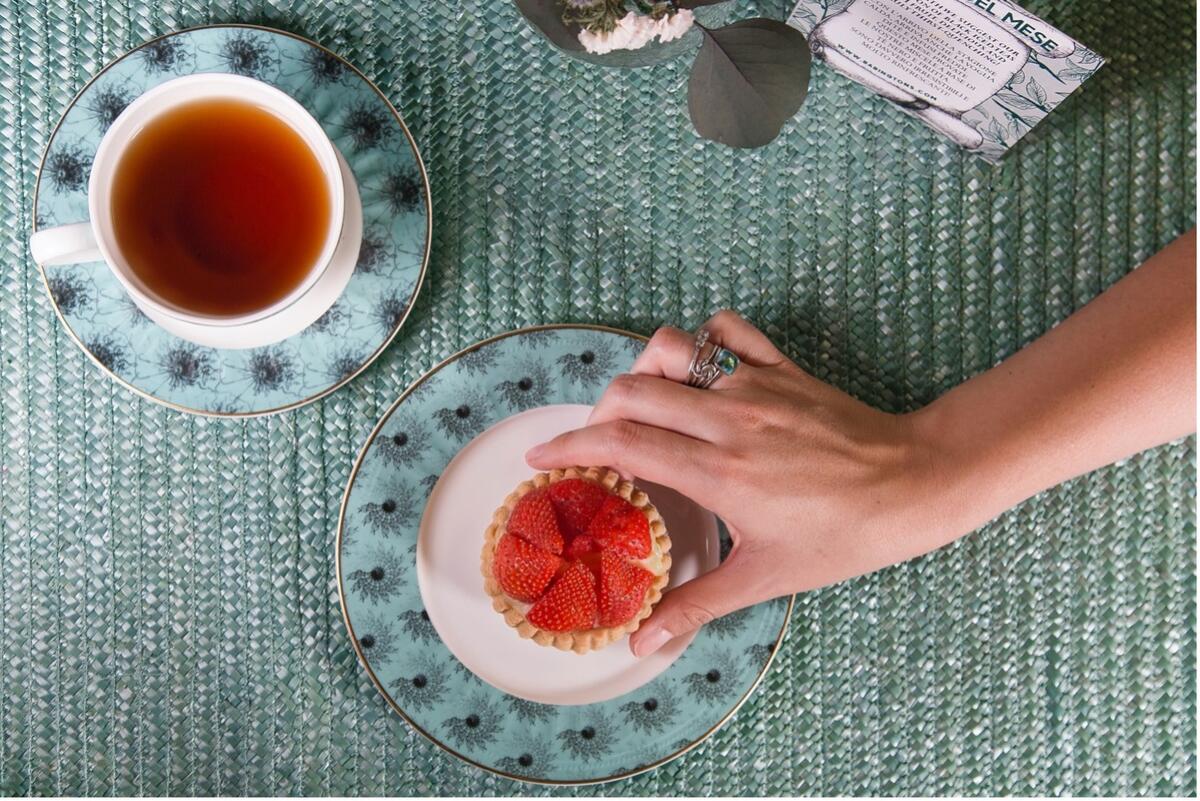 If telling is a way to celebrate, today on the occasion of the International Tea Day, we take off our dress as proud connoisseurs of tea and put on the clothes of pure lovers, in love with this extraordinary drink and its history, adored for centuries in everything. the world and not only in England!

Are you ready for a journey through memories and legends with us?

Tea and its origins: how this sumptuous drink is born

Heady scent, delicious colors, a unique and original ritual ... Impossible not to love tea: the most drunk drink in the world, second only to water!

A particular taste and many important beneficial properties characterize this infusion obtained from the leaves of Cammellia Sinensis, a woody plant grown mainly in Bangladesh, China, India, Sri Lanka, Kenya and Japan.

Tea between history and legend:

The history of tea has very ancient origins and dates back to China, where it was initially used as a medicine.

In particular, it was the Buddhist monks who contributed to its spread, using it as a tonic and as a ritual drink.

But the origin of tea is also shrouded in a fascinating aura of mystery, the one that ancient legends have helped to pass down from generation to generation.

In fact, an ancient legend tells that the Chinese emperor Chen Nung, seated at

rest in the shade of a tea tree, while preparing to drink his usual cup of boiled water, thus treated to purify it,

a light breeze dropped a few tea leaves into the cup. He drank it.

Immediately a feeling of well-being pervaded him unexpectedly, so much so that from that day on he prescribed all his subjects to consume the precious drink that we now call tea.

The golden age of tea: 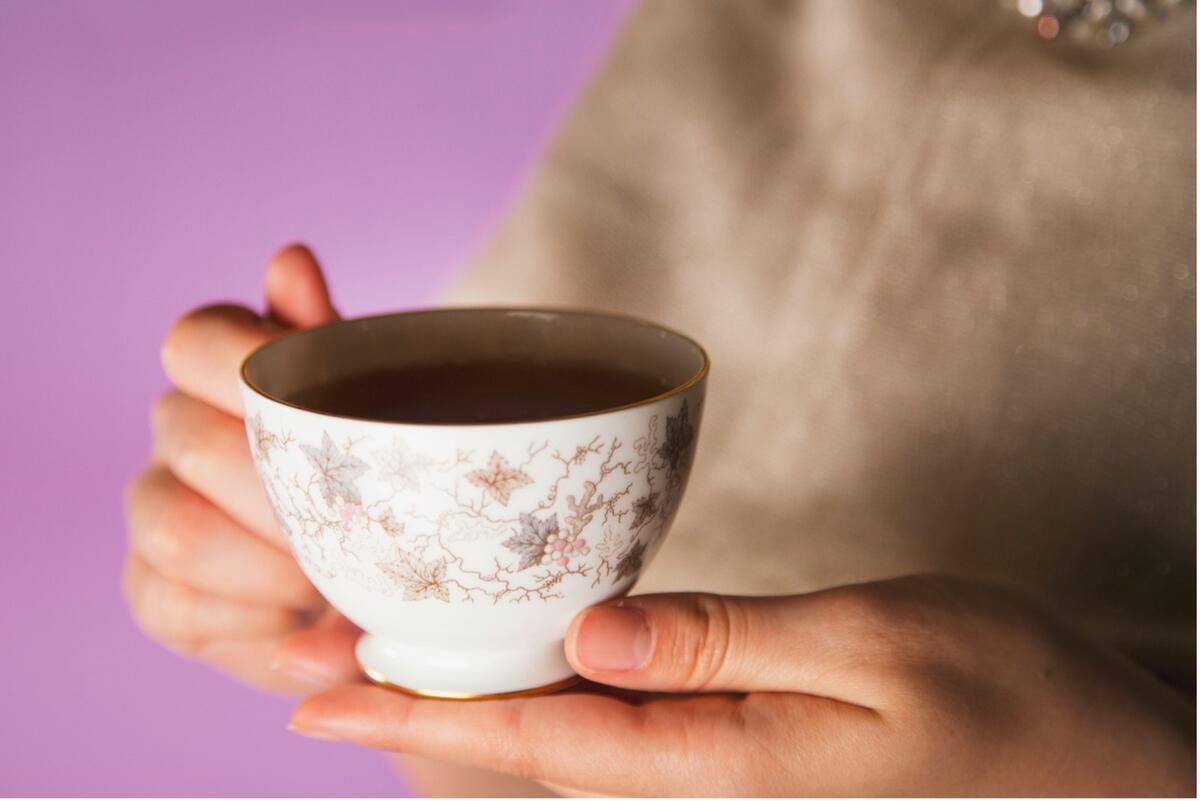 This drink begins to take on literary, artistic and even religious connotations.

This can be traced back to the literary work "Cha Ching" (the canon of tea), by the author Lu Yu: his text was in fact the most influential work on the cultural significance of tea.

The "canon of tea" was strongly influenced by the Taoist faith, which was central to Chinese culture in the eighth century.

In this way, emphasis was placed on the emphasis on tranquility and harmony that characterize the preparation and consumption of tea, and on the recognition of the important part that this drink played in the masterpiece that is life.

How tea distribution begins in the world:

The spread of tea to every corner of the world begins with the founding of the East India Company in Great Britain.

It is perhaps the most powerful commercial organization the world has ever seen.

The company had a monopoly on British trade with India and the Far East.

In short, the East India Company was instrumental in the history of the tea trade.

The rite of tea in the world: from China to England

Salty, cold, with mint leaves, with cardamom or with star anise: there are a thousand ways to drink tea.

In China there are many varieties of tea, even if the green one is the most widespread: Long Jing is undoubtedly the best tea, appreciated for its toasty character and fruity flavor, while Pi Lo Chun is a very rare variety. produced from fluffy shoots and young leaves found only in the Dong Ting Mountains.

Even more fascinating is the tea ceremony that takes place in Japan: the Chado or Cha no yu, a secular rite influenced by Zen Buddhism, codified by Sen no Rikyu, a famous tea master, who gave birth to a true meditative art based on on the concepts of harmony, respect, purity and tranquility.

Among the many varieties of tea, the most popular in Japan for the traditional ceremony is matcha, a green tea powder known for its antioxidant properties; the others are the bancha, fragrant and digestive, and the sencha, perfect to accompany sushi.

Even in Morocco, the tea ceremony is an essential part of the culture of North African hospitality: everywhere, on the premises or on the street, you can witness the beautiful rite of Gunpowder Chinese green tea, fresh and thirst-quenching, an aromatic blend of mint leaves and sweetened by 5 sugar cubes.

Refusing a glass of tea, in Morocco, is a real offense to local hospitality!

The tradition of Moroccan hot tea is linked to the nomadic culture of the Bedouins, who for centuries have used this drink to quench their thirst and cope with temperature changes in desert regions.

5pm tea is the most widespread and popular ritual in British traditions: 120 million cups of tea are drunk every day in Great Britain.

First mentioned in 1660, tea became an afternoon custom, thanks to the seventh Duchess of Bedford who made it a real institution in the 19th century.

The afternoon tea ritual was accompanied by rules of etiquette and the birth of accessories and utensils, such as boxes in which to store fragrant leaves, infusers, sugar bowls, milk jugs, teapots and tea sets in porcelain or d ' silver.

Today the rite of afternoon tea is present in every English family even if the drink is consumed at any time, almost always accompanied by milk.

The preparation of tea follows five rules, suitable for the most common variety in England, the black one in broken leaves, a blend from Ceylon and Africa:

The teapot is heated with boiling water, one teaspoon of tea is added per person plus one for the teapot, the hot water is poured over the leaves and left to infuse for three to five minutes; finally it is mixed and served.

A moment of well-being and relaxation

Five o'clock tea is now a ritual that conquers everyone, a drink that meets the favor of each of us from the east to the west of the world.

Not only for the precious beneficial properties that tea contains, but also for the blends expertly prepared by blenders who know how to respond to every taste and need, such as those of Babingtons!

Let us know by sending us your messages on our social networks, we will reply to each of you.

Happy #InternationalTeaDay to you all, dear Babingtons friends!